Ed and Cecile’s family used to live in a 400-sqm house in Valle Verde, but since their children are already grown ups—their daughter is already married, while their son is based in Bacolod and only comes home twice a month—they felt that the house was too big for just the two of them, especially now that they have retired from their corporate jobs after more than 30 years of service.

Ideally, retiring from decades of corporate work would mean a large house in the middle of an expansive lot and enjoying the life in the suburbs or at least a secure and spacious village. However, it’s not the case to this retired pair of Baby Boomers who chose to sell their house and lot and 50% of their accumulated belongings to live the condo life that most Millennials lead. Now they call home a 190-sqm renovated contemporary condo designed by Doods Dungca of D3iD Design and Build. 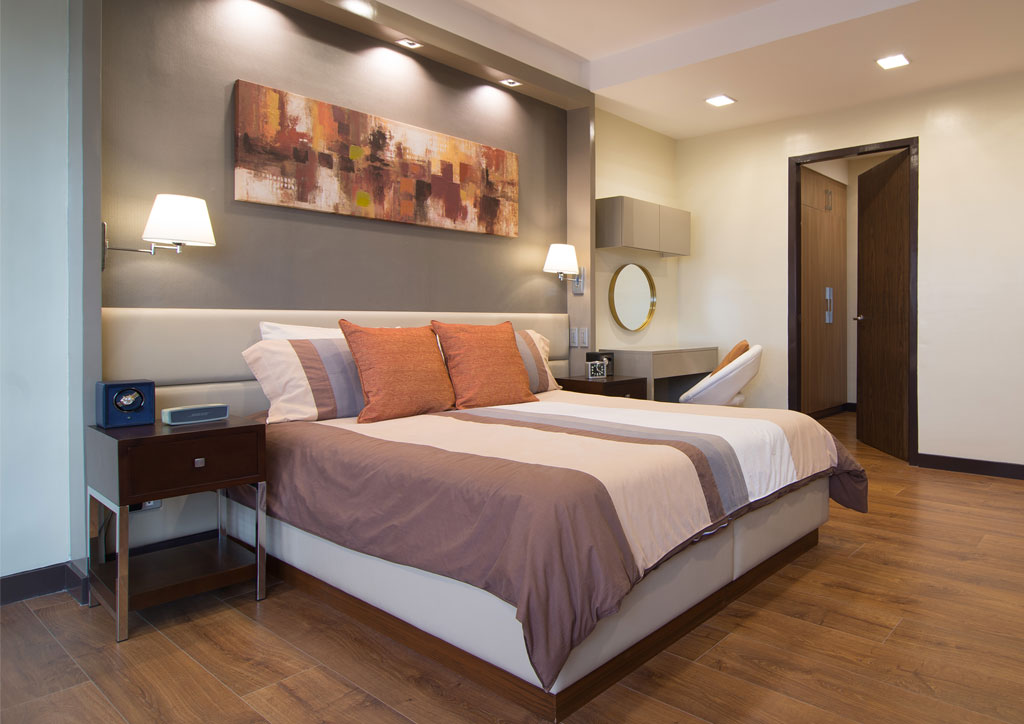 Those 50% that were left of their things were incorporated into the new condo. Doods says, “We really considered the old furniture pieces. Hindi naman lahat kailangan gamitin, but as much as possible we want to save some. So some of them were reupholstered so they’ll match the finish and new concept of the condo.”

In the living area, Doods reupholstered the couple’s old rounded sofa into a modern one and added an old wooden chair that, according to the lady of the house, was from Thailand. In the middle is a custom-made coffee table. Meanwhile in the dining area, Doods kept the dining table’s base and replaced the table top with a new one, while the dining chairs and buffet table were custom-made. 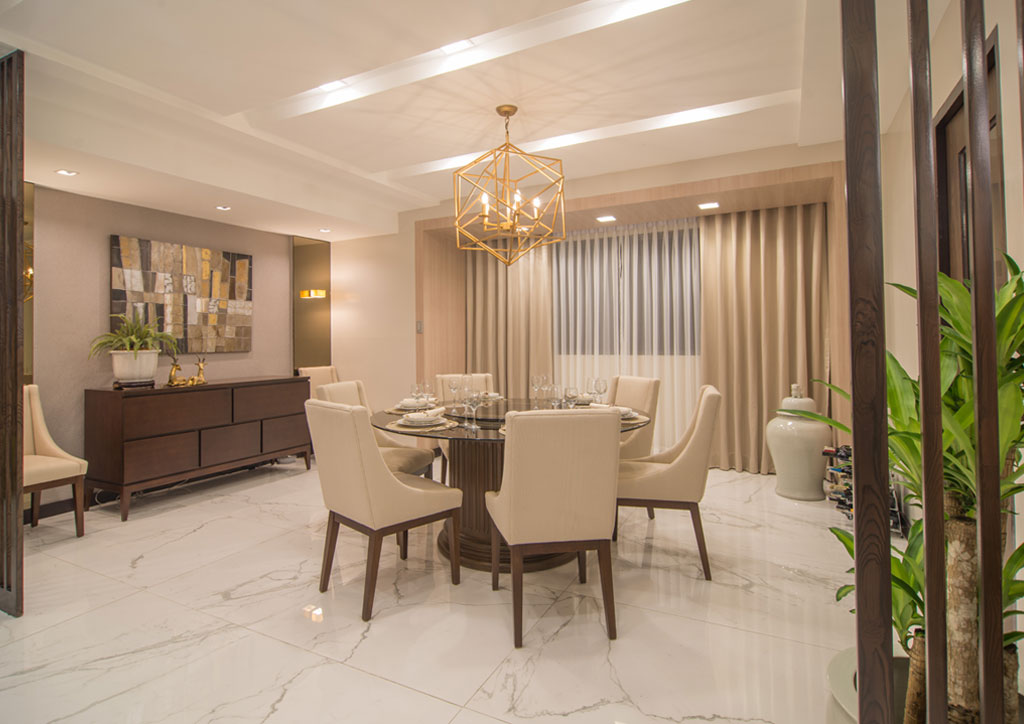 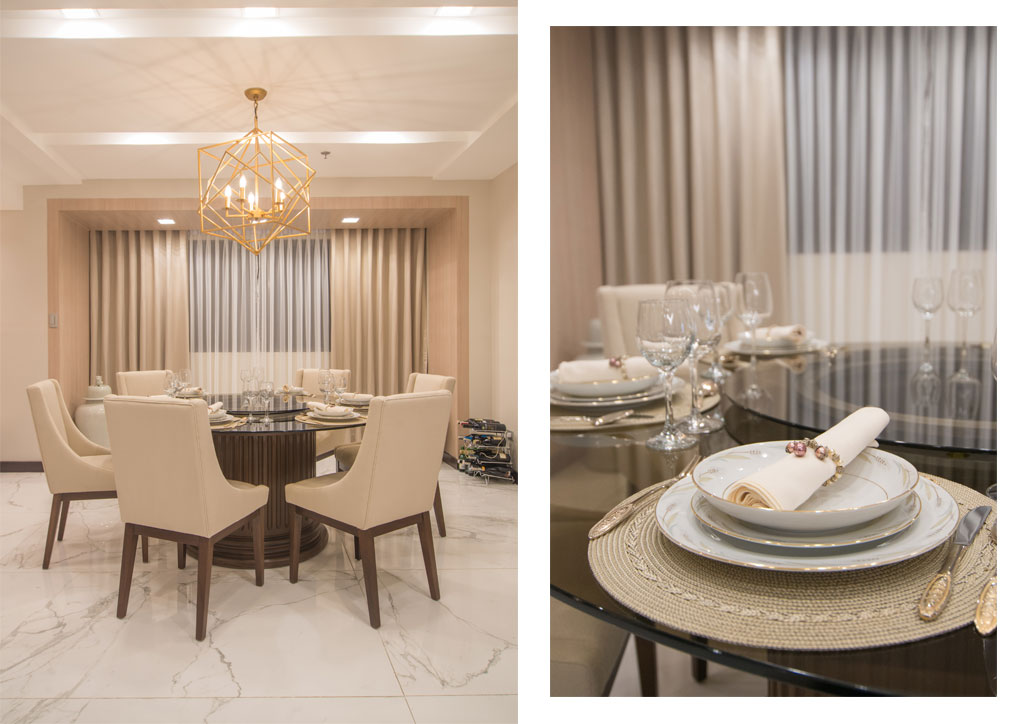 Next to the living and dining area is the family’s den or entertainment area. According to Doods, the family also had a den back in their old house, so he turned one of the two guest rooms of the old unit into a den by tearing down one of the walls (facing the living room). In its stead, Doods put a sliding glass door to somehow extend the living area and also provide privacy when the family needs to. Storage is also incorporated into the den, with open shelves and full-length cabinetry under the TV.

Behind the TV was an offset wall to create a storage system that Cecile requested, while the wall that separates the den and the other guest room has full mirrors to create an illusion of a spacious room. The den’s feel is made warmer by the warm lighting and wood details of the floor. 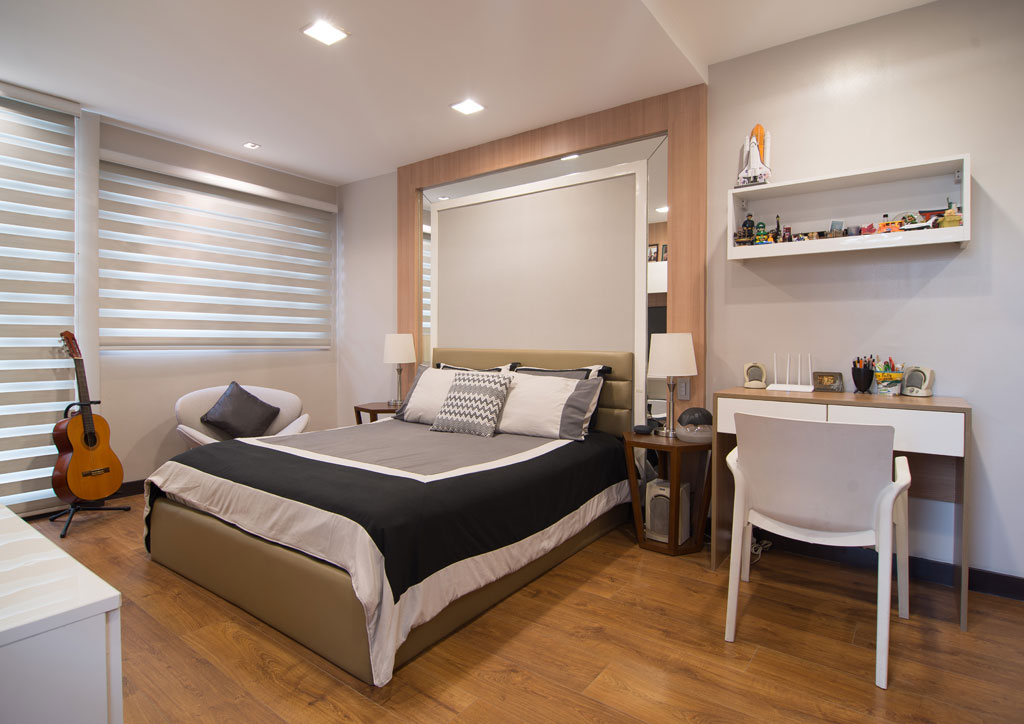 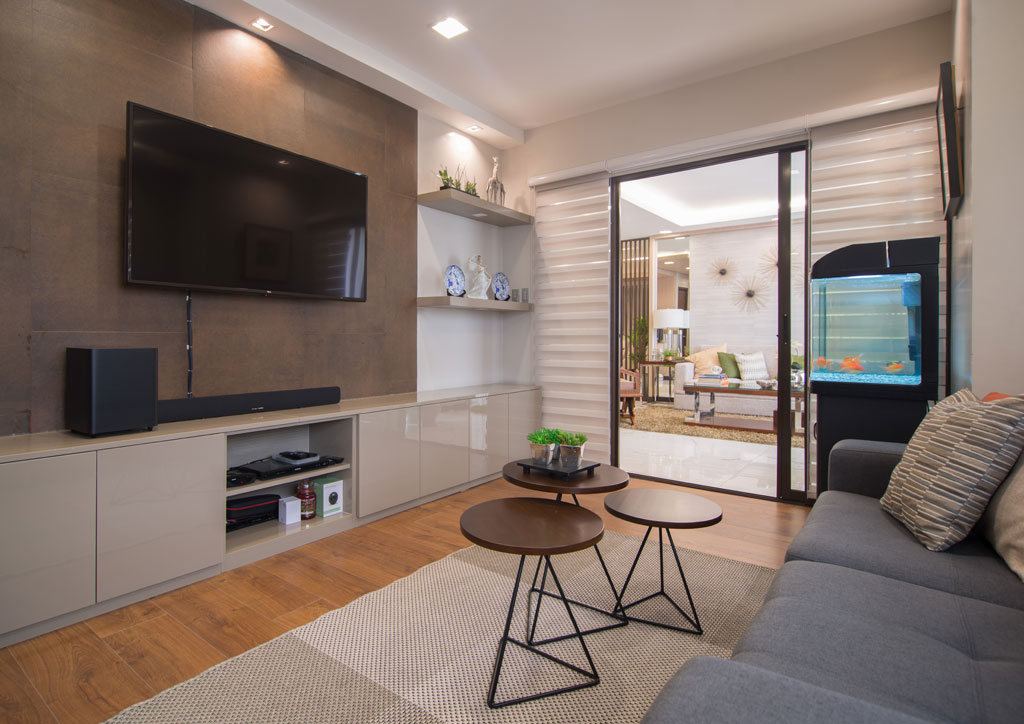 Source and written by : condoliving.onemega.com